I swear I am not a complete idiot. I may not be a rocket scientist, but I have a somewhat reasonable grasp of the English language. I’ve always considered myself someone who enjoys reading. I believe my comprehension level is somewhere in the average range. I’ve managed to hold down a job for 20+ years. I feed and dress myself daily. (OK, so my success with those two is somewhat relative, but I haven’t starved or left the house naked). So, for the love of God, why am I having so much trouble reading this freaking pattern?!?

Still reeling from the debacle that was the-sewing-on-of-the-wings, I cast on the tail. I didn’t have oodles of free time this week, so it was sporadic knitting at best. I’m telling myself that’s why I didn’t notice that the tail was completely out of scale with the rest of the plane. 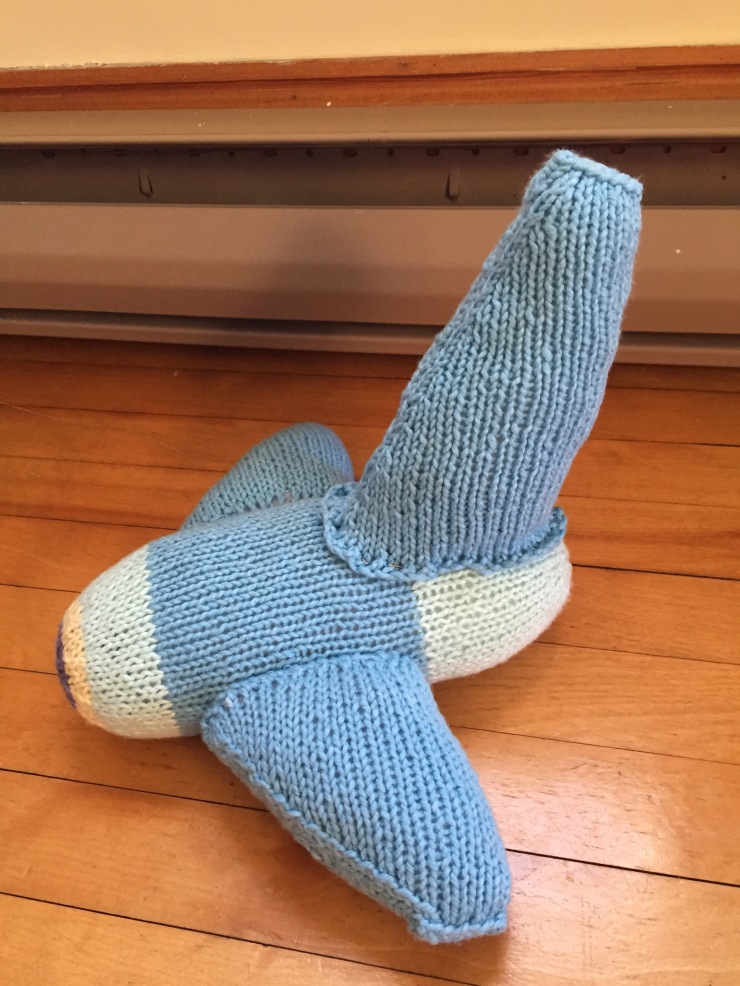 It’s like it’s wearing the dunce hat that was meant for me.  I was convinced I’d done it according to the pattern and I knew I wouldn’t be happy (as per #KnitFail Version 1.0), so I decided to knit another wing and it would work for the tail. That was when I saw it: cast on 30 stitches, not the 40 I had done. That’s very different.  About this much different: 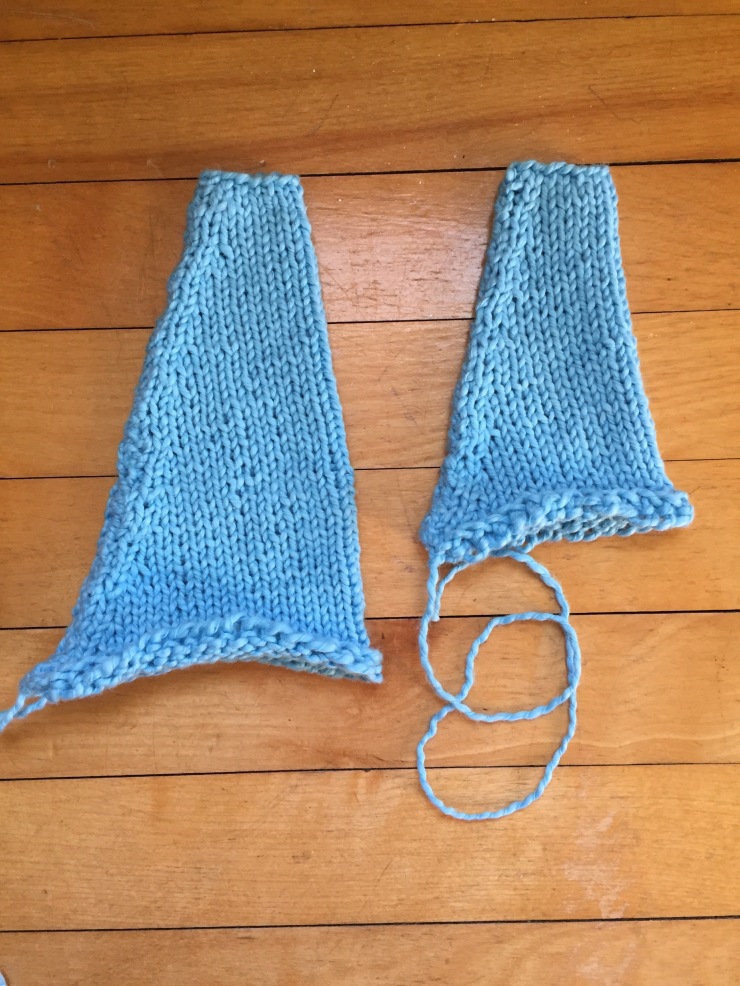 And on the plane, it looks, well, like a tail should: 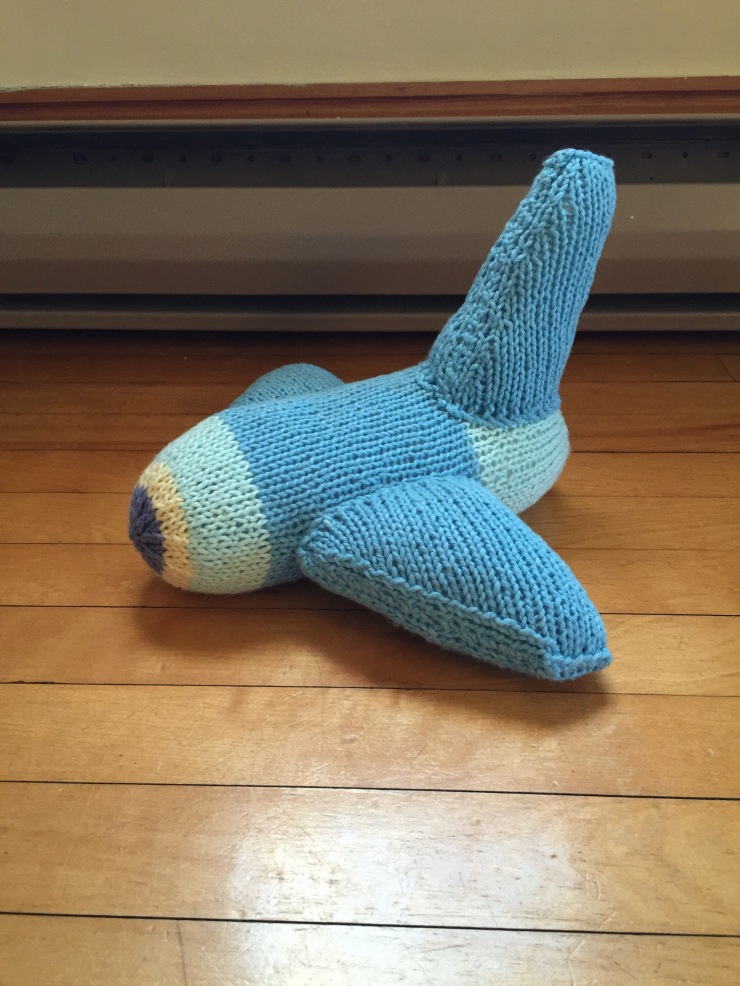 It’s just the propellor left. For the love of all that is good and holy, I hope I don’t have to write #KnitFail Version 3.0

PS:  The original tail is pinned on roughly; even I wasn’t delusional enough to sew it on.