I’m not one to rush out and buy the latest technology release. I upgrade my phone regularly, but generally at the end of my three year contract. (Before switching to an iPhone, I had a Nokia for at least 7 years. I loved that phone.) I’m typing this post on a four year old MacBook, purchased only because my previous one died a slow and painful death (for both of us). I had to go to the Apple Store at the Florida Mall in Orlando for help with the transition. I thought there was a celebrity autograph event, only to discover the line was for the store because a new iPad (I think) had just been released.  I was very grateful I had an appointment, a little confused that people were lined up to buy it,  but it was cool to be on “the list” to get into the store.

That being said, for the past three years I’ve relied on my iPad in meetings for notes and handouts. I’ve liked it, but I’ve struggled a bit with note taking during meetings. Typing during meetings feels like a distraction; I’m not listening to what’s being said while I’m attempting to type. I’ve tried writing with my finger or a stylus but that was more awkward than intuitive. Then this winter, the iPad starting freezing and I’d basically maxed out on memory. After the release of the Apple Pencil last fall with the iPad Pro, I hoped that the next version would include a smaller Pro; i.e., 9 not 12 inches. (I carry my iPad daily in my  purse.) I was excited when that’s exactly what happened in late March. I ordered mine online the first day it was available, along with the Apple Pencil.

As a disclaimer, I’ve had the new iPad Pro and Pencil for about 5 days, but I love it! I played with it in a couple of apps I had (Notes, Good Reader) and liked it, but after reading a variety of reviews online, I purchased Good Notes. Sometimes I hesitate to pay for apps, especially if there isn’t a “lite” version to try, but I think this will be worth it. (I know, it’s only been 5 days).  What I like is that you can create categories to sort your documents:

And then create notebooks within the category:

Within the notebook, you can add writing pages, as well as import multiple files (Word, PDF, Powerpoint). So for my meeting on Friday, I imported the agenda and the presentations into a notebook, then made my notes either directly on the presentation or added notebook paper for more extensive notes. It’s all together in one place, so eventually I’ll be able to easily access my notes from previous meetings without switching through a variety of documents. 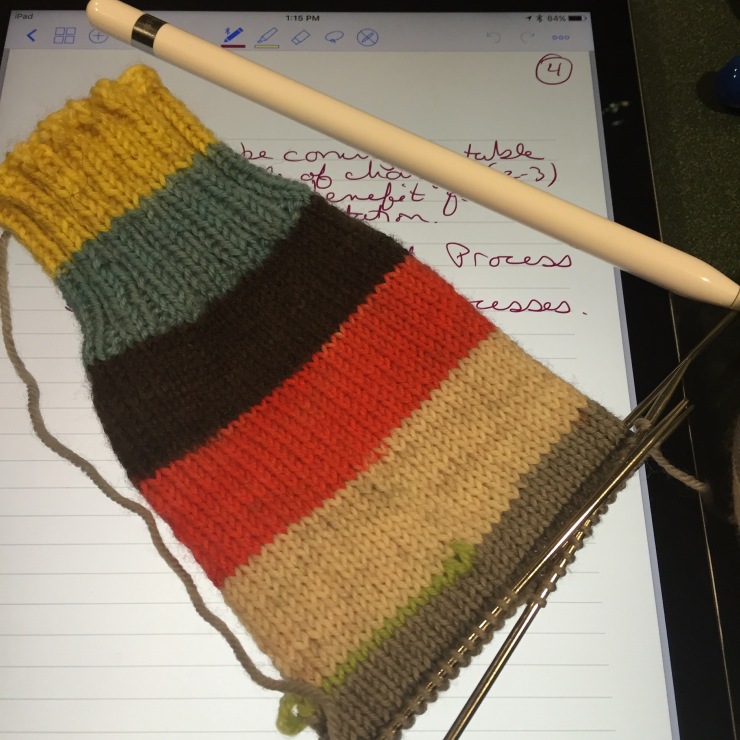 Maybe the novelty will wear off (most likely) but for now, I’m loving my new “toys”.

Good Morning! #Sunrise #coffee requires a lot more layers than it used to. My neighbours should be thankful my creative pre-coffee wardrobe choices are concealed by darkness. 😎
#LeafPeeping #WoodlotWalks #Autumn2021
It’s not Rock the Guac, but I can’t get there from here. #TacoBowl #Fiestaware
How’s your day going? ☕️🤓☕️☕️☕️
#Autumn2021 #LeafPeeping #LabradorRetriever #BlackLab #LabsOfInstagram #DogsOfInstagram
#GrandManan #BayOfFundy #LobsterFishing #LFA38 #KadieMae2
Loading Comments...
%d bloggers like this: