Food from the Rock

Cod cakes at the Cafe at the Rooms in St. John’s 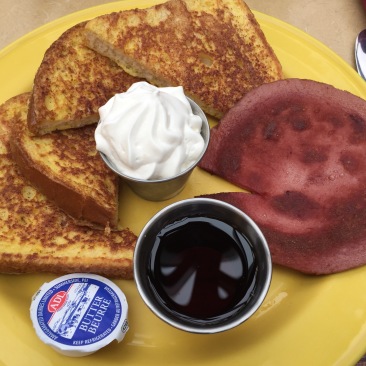 Bologna is one of those foods you either love or hate. I happen to fall in the love category, though I consider it mostly a lunch/supper fare. When I saw bologna as a breakfast meat, I knew I had to try it. The French toast was good too. (PJ Billington’s in St. John’s)

Salt fish dinner is one of my favourites, so I had to try salt cod pizza. This was one of the best things I ate all summer. The best part: it was topped with pork scraps (which fancy people call scrunchions.) (Nicole’s Cafe on Fogo)

The first night in St. John’s we went to George Street and had fish and chips in a pub. Classic.

Cheesecake for dessert at the Cafe at the Rooms in St. John’s. 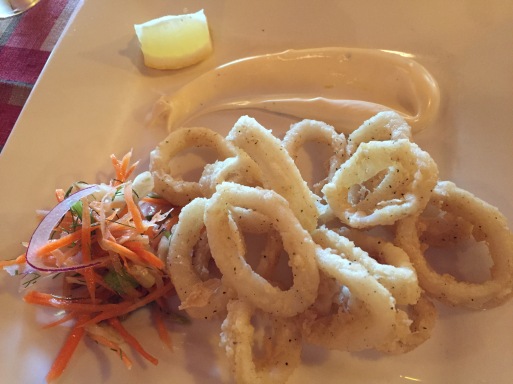 Calamari from Newfoundland squid. I’m not a huge calamari fan, but this was good. (Nicole’s Cafe on Fogo Island)

My Caesar at the Cafe at the Rooms in St. John’s. Much spicer than my usual Caesar (Hello Sriracha) with a spicy sausage as a garnish. 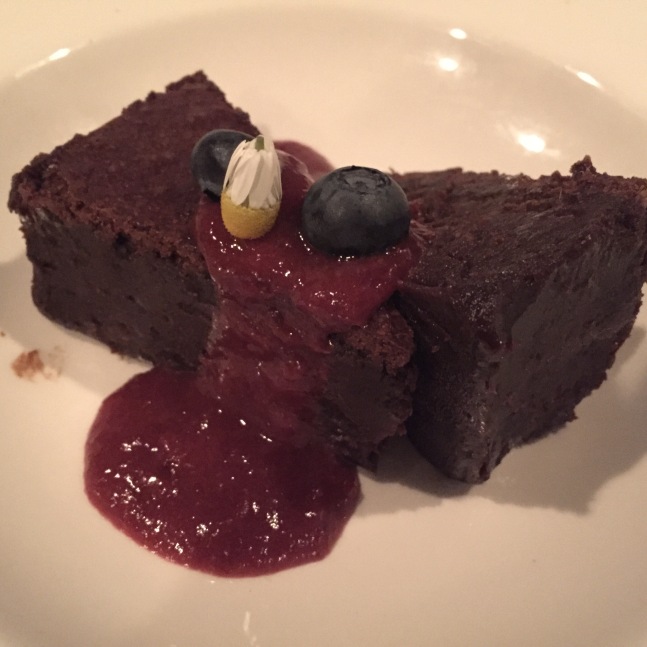 Chocolaty goodness for dessert at Portabellos in St. John’s

My sister and brother in law were in Newfoundland visiting his family at the same time I was there. We frequently compared food via text and I was a bit confused when she said she was having a “mess” for lunch. I was so excited to discover “weiner mess” on the menu of the food truck in Farewell while waiting for the ferry to Fogo. My brother in law says I should have had dressing on it, but it was really good as is.

My trip to Newfoundland in July included lots of good food (of course). You know it was good when you’re still thinking about it two months later. 🙂

One thought on “Food from the Rock”