I think one of the cool things about gifts is when they’re something that looks like you but isn’t something you’d normally buy yourself. The Mille cowl kit I received for Christmas falls into that category: 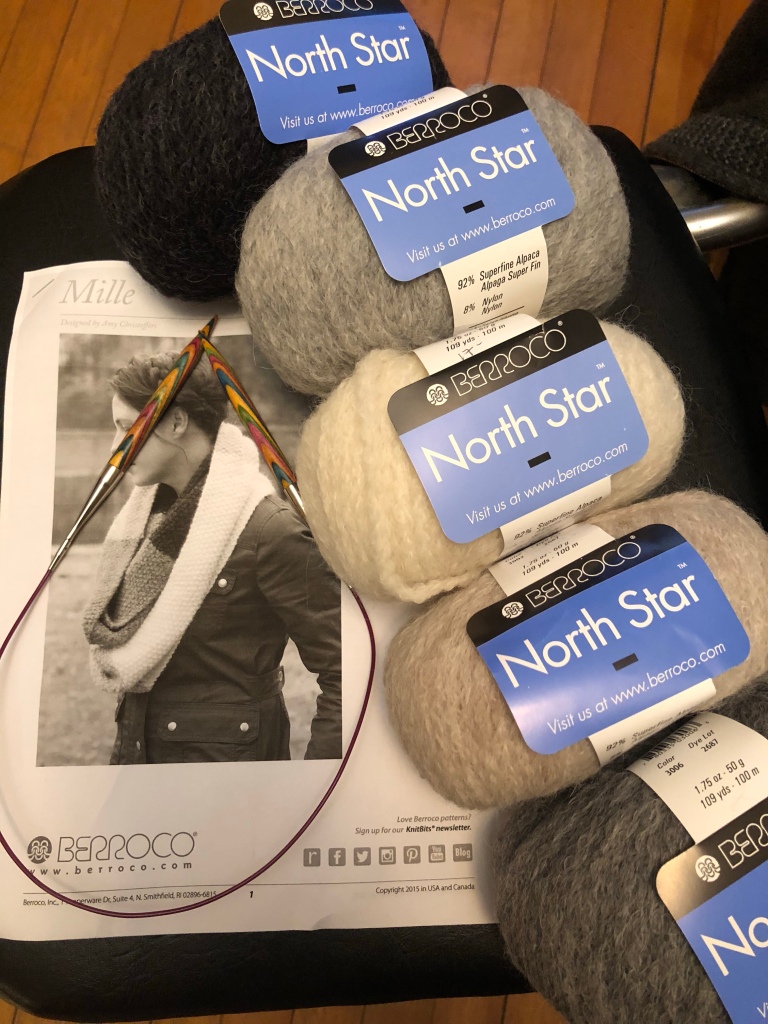 I’ve never used Berroco North Star, but it’s a squishy, soft yarn that was a dream to knit with. I had while watching my nieces and they kept patting it. I feared briefly I wouldn’t actually manage to leave with the cowl, regardless of whether it was finished. 🙂 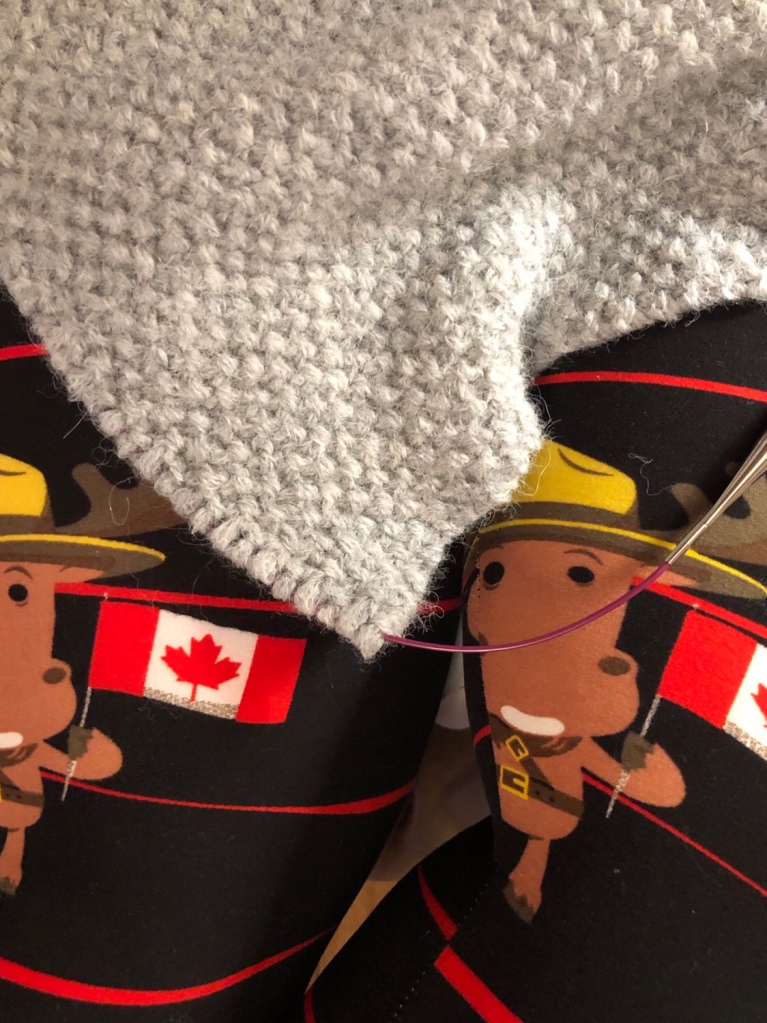 Mille started as my Ravelenics project. It’s an easy seed stitch pattern that is knit flat and then sewn together, so I didn’t choose it because it was complicated (despite my apparent inability to count to one). 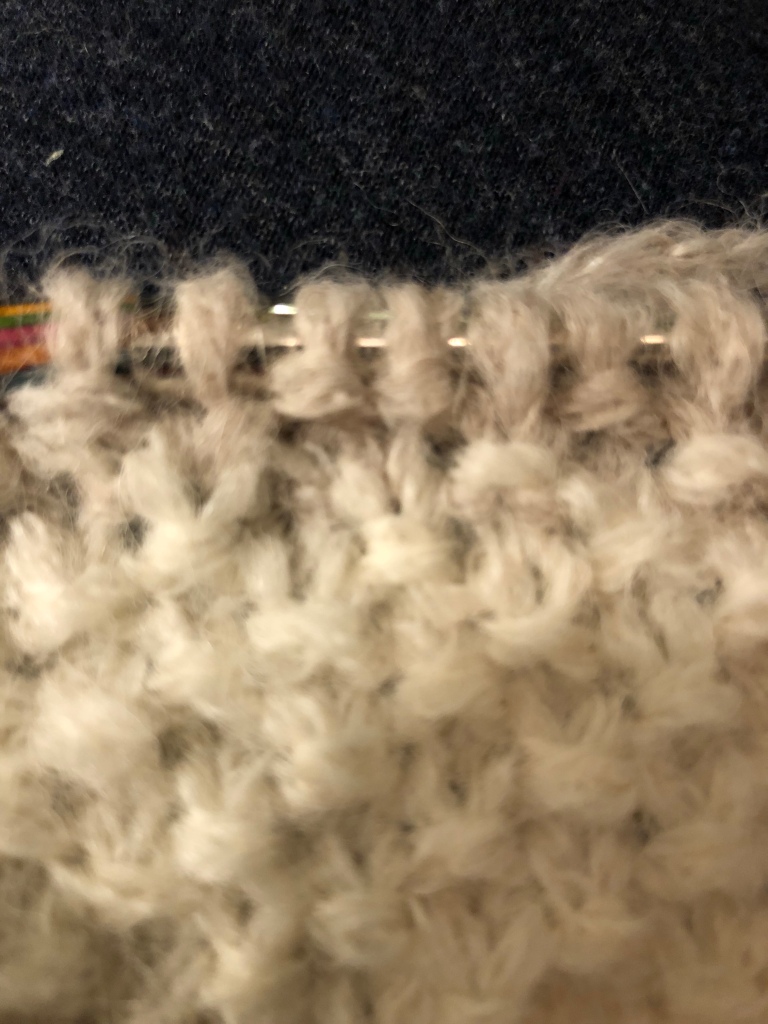 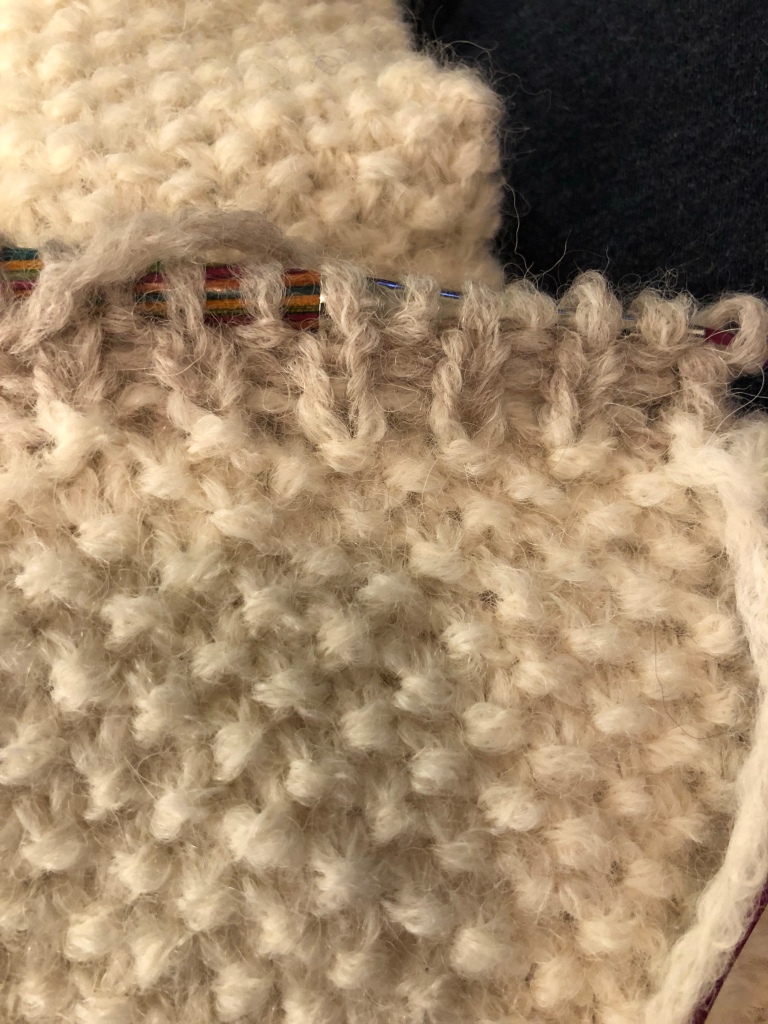 My decision to make the cowl for the Ravellenics was instead based on the volume of knitting. I knew my knit time would be limited over the course of the Olympics, so I was looking for an easy pattern to start and stop, while still being challenged by the amount of knitting required. Alas, despite my best efforts and a well traveled cowl, I didn’t actually finish before the end of the Olympics. 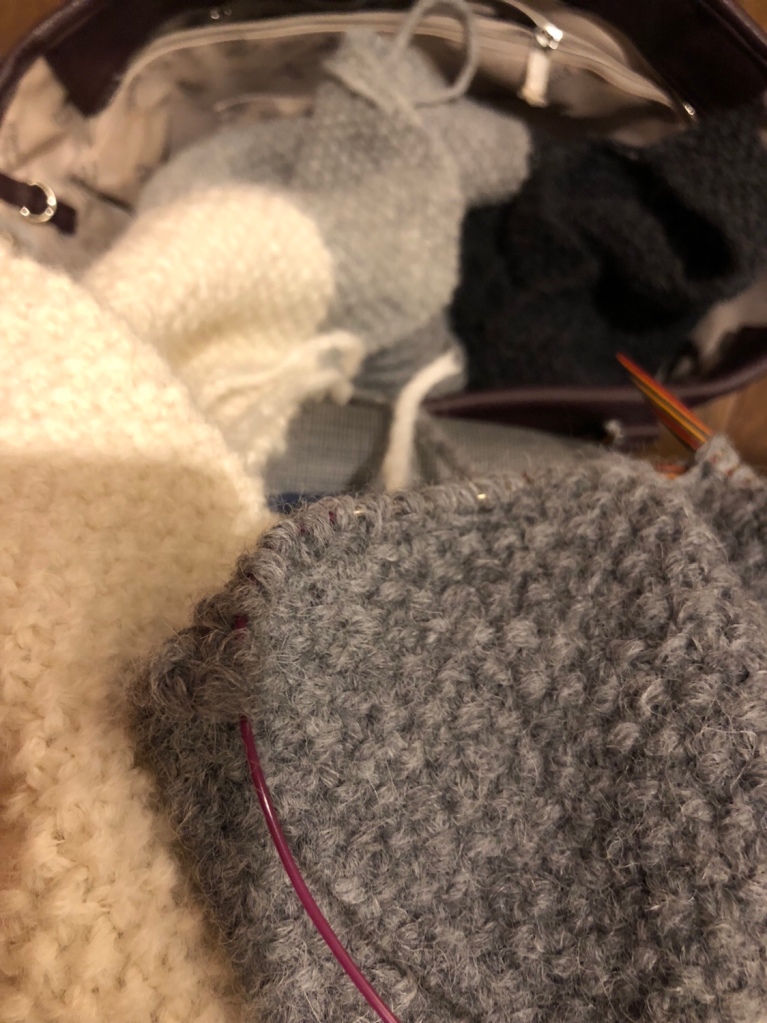 Miles of seed stitch in my purse

But I did finish it over a month ago and ended up with a warm soft cowl to finish up the winter. I love the big, blocky colour changes and it’s super-long length allowing it to be doubled up. As a bonus, I’ve had loads of comments on how great my 5 year old winter coat looks; apparently it’s needed a cowl. 🙂 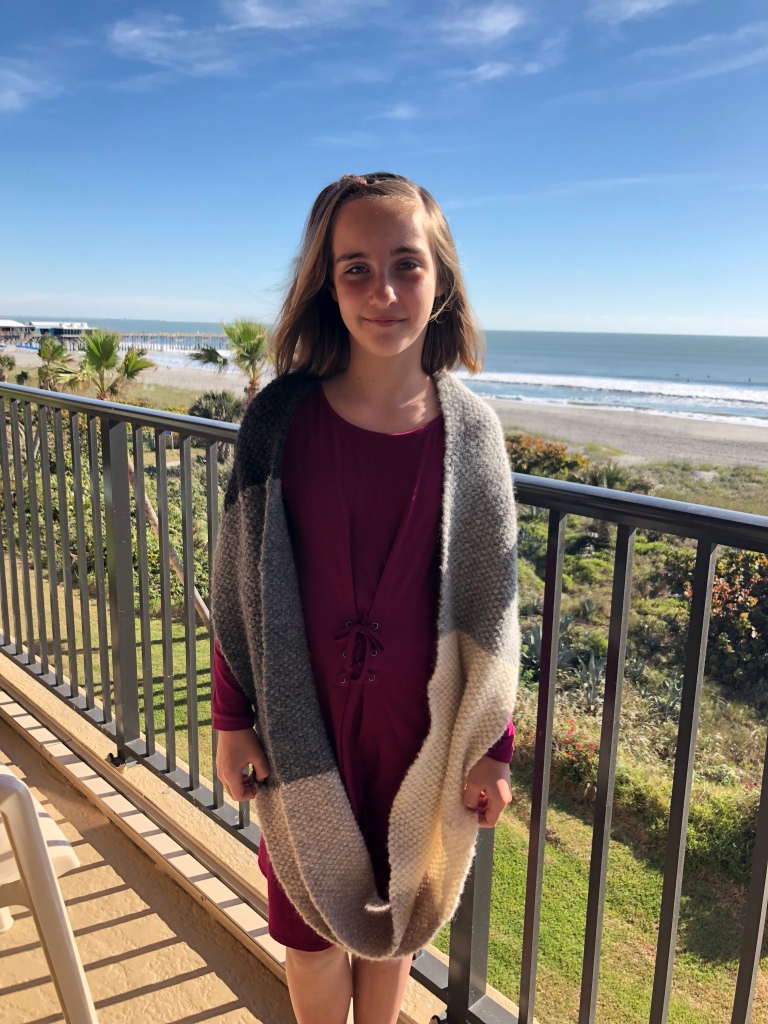 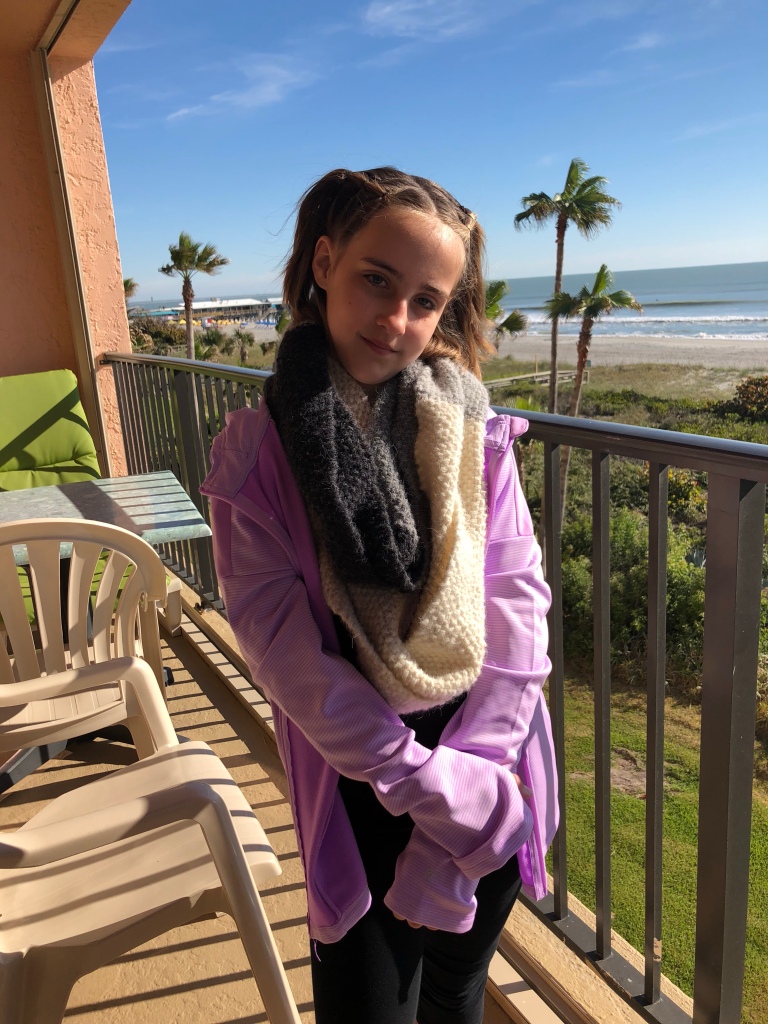 I was also very grateful I managed to finish it prior to my re-arrival to northern temperatures:

One thought on “Mille Cowl”